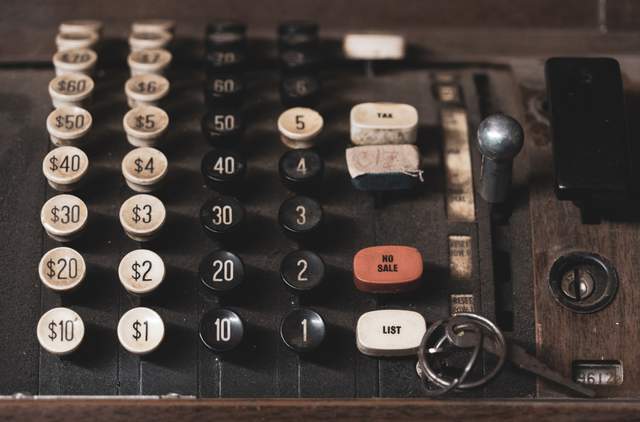 It's a random, but kinda interesting I guess

When I was in high-school I was a big fan of Japanese anime. I know that’s not the most attractive first line for an article, but hang in there that the story will get more interesting, I promise.

To give some context, I was born and raised in Brazil, state of São Paulo, in a mid-sized city 1-hour away from the capital. Both my parents have pHDs and pretty decent jobs, and we were considered a mid-high class family in Brazil. Around 2000 we bought our second computer at my house and somewhere between 2001 and 2003 we finally upgraded our dial-up internet connection to broadband.

I used to share the computer with my two older brothers, and even before we had a decent internet connection, we would take turns to use the computer, leaving it connected to the dial-up the whole night downloading our favorite music on Kazaa or eMule.

As I mentioned, I was a fan of Japanese animation and comic books. Not the kind of fan who watches the popular shows on TV or buys comic books casually at the newsstand (yes, in Brazil newsstands used to sell Japanese manga. Was this a thing in other countries as well?). I was more intense than that. I liked the underground titles that most regular kids don’t know about, those that are significantly harder to get access to.

But, as the internet and I already had a relationship, I found my way through the layers of search engines and weird tutorials available on the internet in 2004. I learned how to download episodes and comic books through peer-to-peer clients like torrents and IRC channels.

Then, the more I talked to people about the stuff I watched, the more questions I got about “how do you find this stuff?”. That’s when I realized what I was doing was non-trivial (especially for the average non-tech-savvy non-English-speaking Brazilian teenager with a 30kbps dial-up internet connection).

In a nice impulse to help people, I found some free hosting services online (RIP RapidShare and MegaUpload) that I could upload the files I had and share a direct download link with the people that asked me (you can imagine that 1TB of Google cloud storage for US$5/month was not a thing at that time lol).

Eventually I decided to create a blog to share the download links publicly. My blog never got too much attention, but I was mainly using it as a place to organize and share the download links with my friends, so I never stopped posting the new stuff I found. Eventually it had a significant amount of content that it started to catch some traffic and reach strangers online. Some of which were even engaged enough to leave comments there.

That encouraged me to add more and more stuff. Soon I realized the blog format was not helping people to find the old content I had posted in the past. So I started tweaking the layout of the blog to try to make older posts easier to access. But there was just so much I could do with a blog engine. At some point I had tweaked so much with the layouts that I had learned a lot of HTML, CSS and even some very simple Javascript. That’s when I decided to migrate the blog to an online portal.

Again I found some free hosting services that would let me upload all the HTML files of the site and publish it with their weird domain names. At that point I learned a lot by comparing and trying out several different providers. Storage space, bandwidth limits, FTP upload/download, mirror domains, etc. At the same time, as people started leaving more and more comments on the site with all kinds of requests, I kept improving and increasing the content: adding Portuguese subtitles to the videos, compressing and converting videos to reduce the file size and optimize for slow connections, adding different types of content to the website, etc.

Suddenly I was running a pretty popular Japanese pop-culture portal in Brazil. People not only contacted me with requests for more content, but they started sending me their fan made stuff to publish there too. At some point the website had a gallery with more than 100 fan-made artworks, and a library with more than 20 fan-written novels, and I was publishing everything manually - I had no idea what a CMS was at that time.

Later, I also started a “service” where, upon request, I’d make a physical copy of my backup DVDs with all the content of the website and ship it to people whose internet connection was not good enough to download the stuff online. I remember my dad being super confused about the fact that every week I had a shipment of DVDs to take to the post-office, and my mom never mentioned the fact that I got some random people to transfer money into her bank account to pay me for the DVDs (I don’t think she had time to check her statement that closely).

I was naive and my only goal was to help people (and maybe become “popular” on the internet), so I charged only exactly the cost of the DVD media and the shipping fee. And I was just happy enough that the money was going back to my mom, since she used to give me a monthly allowance (that I used to buy the blank DVDs and pay for the shipping costs).

At the time I never realized I was running my first unprofitable business. I even “recruited” and trained my first staff when a girl reached out to me in an online forum offering to help maintain the website. I wrote a bunch of tutorials on how to do everything behind the website and trained her through ridiculously long emails. We were constantly talking through emails and dividing the tasks of updating dead download links, adding more official content or publishing fan-made content submitted by the visitors.

Now, this is the part where you expect me to say how much I learned about entrepreneurship or how I built a successful business after that. Well, none of that happened lol Eventually, like any other 15 year old, I got bored and moved on to other interests. The girl I trained kept working on the site for a while after I abandoned it. A couple years later, without any more maintenance, the site died.

There’s no “moral of the story” or enlightening conclusion. This is just the stupid story of how I created an unprofitable business when I was 15 years old, and that looking back now, I think it was kind of interesting.